23-year-old Canadian based Nigerian, Kingsley Etuk popularly known as Skye has been an expressive artist for the past years with varying sounds and beats of heart pleasing repertoire in Hip-hop and R&B. Inspired by various artists such as Drake, Skye creates passionate hooks with hints of melancholy bringing listeners to a state of pure soul and vibes.
His lyrical prowess thrives with a pinch of melodies and loads of bars.
When Skye isn’t singing or producing irresistible beats in Hip-hop and R&B, he is gaming./track/3055124/ease

Articles, news, updates and everything you need to know about Skye.

Has anyone else been missing our Community Sundays? Free music, a good family event, and complimentary snacks and drinks are no longer a thing of the past!

This July 31st from 2-4 we are welcoming the singer SKYE, a young upcoming performer with amazing talent.

We can't wait to see you there!

SPOTLIGHT SERIES: Skye on perseverance, persistence and carving your own path

For Kingsley Etuk, better known as Skye, music quite literally changed the trajectory of his life.

“I’ve always been into singing, but never really thought about it as a career until roughly four years ago. I was homeless at the time…I was out of options” Skye says. “Then someone introduced me to a studio.”

Originally from Nigeria, Skye has recently made a name for himself in the Manitoba music scene—but the 23-year-old R&B/pop artist doesn’t intend to stop there. After testing the waters at several local studios, the musician made a commitment to take advantage of every opportunity that arises.

While it’s common for artists to release EPs and full-length albums, Skye never rushes. Rather than release a dozen songs in an album, he opted to release a series of carefully-crafted singles.

“You need to get at least one song in everyone’s mouth; get one song that everyone will listen to,” he says.

The catchy choruses of Skye’s singles are sure to remain on repeat in listeners’ heads throughout the day. With beats similar to Drake and The Weeknd, Skye’s discography pairs equally well with dancing and chilling with friends.

Yet, the depth of Skye’s lyrics goes beyond what you’d expect for pop music. In “Ease”, the singer talks about being afraid to reveal parts of himself to someone else. Similarly, “Joker’s Melody” deals with darker desires and desperately wanting connection.

“My songs kind of vary depending on how I’m feeling,” he says. “I draw music from conversations. I make songs from things I feel.”

Skye doesn’t sugarcoat the challenges of getting your start as a solo artist. Recording songs, finding collaborators and promoting new releases can be taxing at times. Ultimately, he says persistence is what keeps him going.

“Music is my full-time job,” he says. “I send over a hundred emails, a hundred festival applications, a hundred radio stations a day. People think that it’s luck that I have a lot of shows, but this is one, two, three, four or five that get back to me out of a hundred.”

While he’s a solo artist by trade, Skye has worked with several collaborators. His duo of backup dancers and partner DJ 1NDAMIIXC have become a staple at his gigs. At a recent show at the West End Cultural Centre (WECC), he was awestruck when the crowd sang the lyrics to his songs.

In the near future, Skye hopes to organize a music and fashion show and release a few music videos. With festival season just around the corner, he’s anticipating a bustling summer.

“I’m excited for my music videos that I’ve been planning for years. I’ll probably release one by the end of the year, so people know the face behind the song,” he says.

If one thing stands about Skye, it’s his perseverance and dedication to his musical vision.

“I wake up every morning, I look in the mirror, and the thing that motivates me is I act like I see Skye in the future,” he says. “I can’t wait to be that person.”

Cierra Bettens is a writer, editor and student based in Treaty 1. She edits the arts and culture section of The Uniter.

Canadian based Nigerian artist Skye, debuts his profound introductory to the music industry with his single, “Heavy Eyes.”

Kingsley Etuk, affectionately known as Skye, is an expressive artist who experiments with his artistic versatility in a variety of sounds found in the beloved genres of Hip-hop and R&B. Inspired by various artists in this realm, Skye creates fervent hooks with hints of melancholy bringing listeners to a state of pure soul and vibes.

His debut heartfelt single, “Heavy Eyes,” allows him to showcase the vulnerability he holds in his story to his rapidly growing fan base and establishes his name as an up and coming young artist.

“Heavy Eyes,” opens with the futuristic elements of pads and synths creating an enticing vibration from the moment the record begins. This smooth Contemporary R&B single manages to pull you into the instrumentation while hanging on to each word that Skye expressively performs.

“Heavy Eyes,” is a captivating slow-burn with vocal depth and unfolding subtle narratives of pain, loss, hope, and raw feelings. Skye, showcases his lyrical dexterity while he blesses this beat with graceful melodies and carefully crafted lyricism.

Skye’s ability to transform a song into a musical canvas is rather breathtaking. The passionate words that he pens allow the listeners to relate to the heartfelt content on a more personal level. This sparks our attention as a sign of a great songwriter in our presence.

With each project and release that Skye remains working on, we look forward to seeing the progression as he touches our hearts with his future content. Skye is one to look out for as an up and comer in the R&B scene.

With the amount of passion that went into your debut release, we would love to know, what did the creative process look like when writing, “Heavy Eyes?"

Well, first off thank you very much and I must say that the creative process was quite intense considering it was a 3-day process that covered the beats, writing, and recording. And oh, I loved the adrenaline rush that came with creating this.

What does “Heavy Eyes,” mean to you as the creator?

“Heavy Eyes” is more than just a single, it is my soul speaking in rhythm and lyrics, it is my voice in beats and melodies. It means a journey has begun in exploring the depths of music and inspiring the globe.

What would you like your listeners to take away from this record?

I sing the truth and I just want my listeners to roll in that truth where they can relate to every word sung because I'm all about bringing them to a state of raw vibes.

How important is it for you to use real-life experience in the music you create?

I've had my share of life’s complexities from loss, hope, pain, love, hate to passion and I want my listeners to know that I've been there and dive into that feeling that they’re not alone. They're never alone.

What has been keeping you inspired in 2020?

As for support, I’ll say family and friends who held me All though the years. 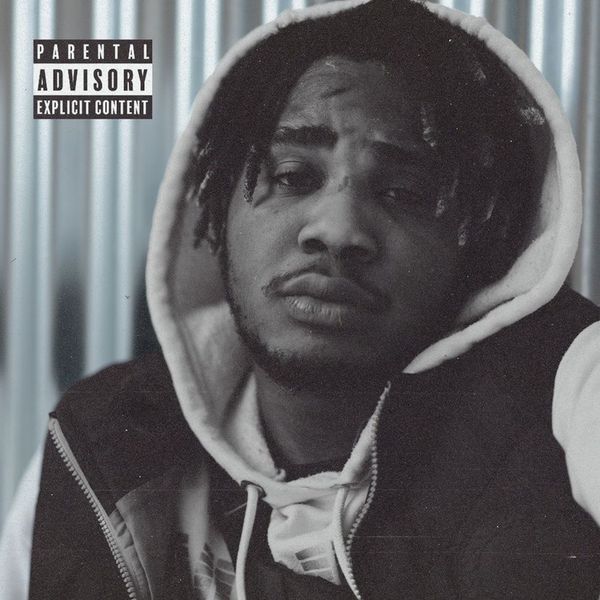 All the latest projects

Stay updated on latest shows and performances by skye!!